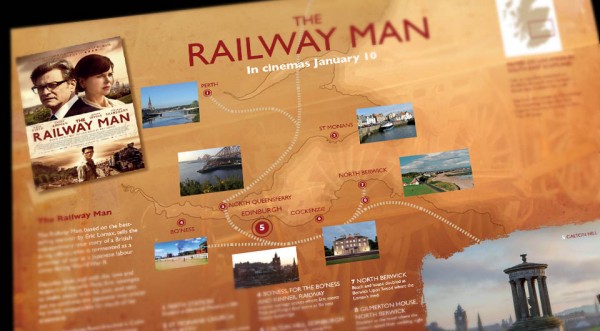 We have been working with Marketing Edinburgh and their partners to create another Movie Map - this time for the release of The Railway Man - starring Colin Firth and Nicole Kidman. The movie is based on the best selling memoir of Eric Lomax who was tormented as a Japanese prisoner of war.

The map features the locations in the movie that were shot around East Lothian, West Lothian, Fife and Perth.