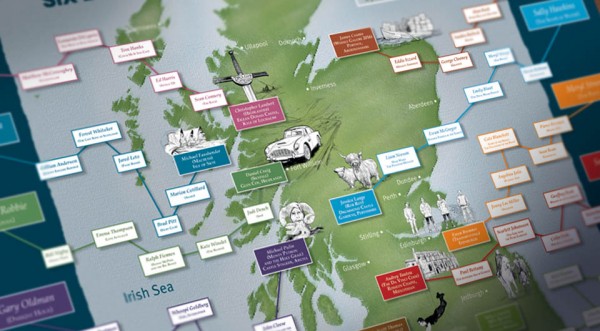 We worked with VisitScotland to create a map that  connects each of the Best Actor and Best Actress nominees for the 2018 Oscars with a movie filmed on-location in Scotland – in just six simple steps.

Each actor links to the next by a film they have appeared in together, until the chain reaches the Scottish film.