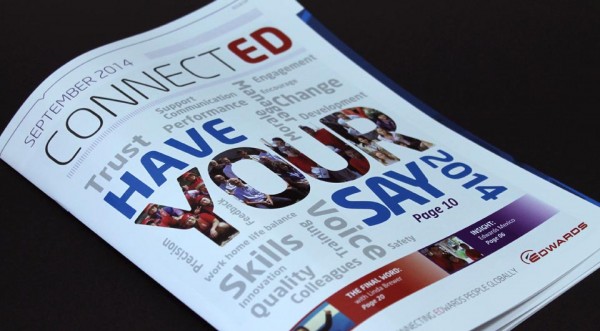 We have just completed the quarterly magazine for Edwards Vacuum and not just in English... this issue was produced in French, German, Czech, Latin American Spanish, Brazilian Portuguese, Traditional Chinese, Simplified Chinese, Japanese and Korean. We do like a logistical challenge and as well as design and printing we also managed the worldwide distribution.