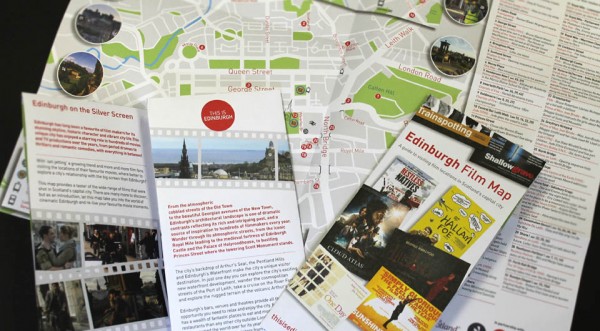 The Edinburgh Film Map we designed has officially been launched and the response in the Media has been fantastic. The map features locations used in films such as Trainspotting, The 39 Steps and The Prime of Miss Jean Brodie and was timed to coincide with the Edinburgh International Film Festival launch for 2014.